As horror fans and creators, there is no doubt that we rely heavily on certain emotional reactions from ourselves and our intended audiences. We either want to be scared, or to be the ones doing the scaring – successfully. But in order for this to occur, certain tools are necessary. We must cater to the senses.

One major sense or emotion we must trigger is the sense of terror, or “a very strong feeling of fear.” Let’s take a closer look.

“..the last and worse one… when you come home and notice everything you own had been taken away and replaced by an exact substitute.” When deciphering this film and literary concept, who better to turn to than the ‘King of Scare’? Stephen King conveniently breaks terror down into three categories: The Gross-out; Horror; and Terror.

King describes the ‘Gross-Out’ as: “The sight of a severed head tumbling down a flight of stairs, it’s when the lights go out and something green and slimy splatters against your arm.” I can’t help but think of films like The Thing (1982) and Hellraiser (1987) with their immense ick factors. Personally, these movies aren’t my cup of tea (although fans of the Gross-Out should check out theaterofguts.com). But I think we can all imagine the sensations King describes and the terror experienced the instant we unwillingly encounter something that makes us recoil with a resounding “yuck!” while reaching for the Purrell. Speaking of germs, human beings are not only creatures of habit, but we greatly value scientific reasoning and logic. When we can clearly see bright, yellow light protruding from behind closed window curtains, we can safely assume that the sun is out. Imagine the confusion if you were to open the front door only to find that, instead, the sky is blocked by dark, ominous clouds and it is pouring rain. According to King, ‘Horror’ is “the unnatural, spiders the size of bears, the dead waking up and walking around, it’s when the lights go out and something with claws grabs you by the arm.” In other words, when chaos takes control, horror triumphs.

And finally, there’s ‘Terror’ of which King says it is “the last and worse one… when you come home and notice everything you own had been taken away and replaced by an exact substitute. It’s when the lights go out and you feel something behind you, you hear it, you feel its breath against your ear, but when you turn around, there’s nothing there…”

There are well over six hundred types of phobias; thousands of horror films and works in literature released internationally; and a growing spike in interest in all things in-explainable with dozens of new paranormal investigation teams appearing each year across the country. In each of its forms, terror remains to have a strong hold on us. Perhaps, as we continue to create a world built for human comfort, our ancestral instinct to utilize the sense of terror (once meant for survival) still lives on somewhere deep inside. Perhaps, we can look to King’s three categories of terror to ensure that we keep this evolutionary and adrenaline-pumping trait alive by enjoying everything the horror genre has to offer.

Quote by Stephen King: “The 3 types of terror: The Gross-out: the sight…”. (n.d.). Retrieved from http://www.goodreads.com/quotes/84666-the-3-types-of-terror-the-gross-out-the-sight-of

One-Third of Americans Believe Dearly May Not Have Departed. (n.d.). Retrieved from http://www.gallup.com/poll/17275/OneThird-Americans-Believe-Dearly-May-Departed.aspx 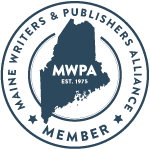